We’ve all been there, right? Those nagging feelings that make you feel like you’re somehow, in some way, failing as a mom or parent?

After years of struggling to become parents, my husband and I were finally blessed with our daughter in 2017. I naively thought that because we had multiple miscarriages before her being born that I would savor every moment as her mom, do “all the mom things” right, and never want a break from the child I had longed for, for five years. Spoiler alert – I was wrong. You’re not failing as a parent if you need a break.

Little did I know, we would have a five-week premature child that would give us a run for our money for the first six months of her life. She didn’t eat well, was hospitalized at three weeks, didn’t sleep due to tummy troubles, and had thickening of the pylorus which caused projectile vomiting.

Meanwhile, I was suffering from severe postpartum depression {I was not at all prepared for this}, which turned into severe anxiety over the well-being of our daughter, and irrational thoughts began to flood my mind. Most days I found myself asking, “How could I be feeling this way when all I wanted was a child?” Was I failing as a parent?

Fast forward to the toddler years. While attempting to embrace the difficulty of toddler days, we found ourselves smack dab in the middle of a pandemic {as if toddler years were not hard enough!} I began to question my abilities as a parent, a mother, and a wife. I felt like I was failing, and wondered what I was doing wrong.

I found myself wanting a break from motherhood and all things associated with it – and then feeling incredibly guilty for those thoughts.

Becoming a mom and having feelings of “mom guilt” or that I was failing, was just the beginning. Guilt started to creep in every aspect of my life like the plague! Wife guilt. Work guilt. Friend guilt. Self-care guilt. Regardless of my priorities, I was feeling guilty about not being or doing enough in one area or another. If I was killing it as a mom, I felt like work suffered. If I was crushing it on the working end, I felt like my family suffered. When I took time to spend with friends, I felt I had to sacrifice self-care. I couldn’t win. Then it dawned on me: none of these ‘feelings’ were true. They were just FEELINGS put there by my own doing. Nobody else was making me feel guilty about anything except for ME.

It was then that I began to realize that no amount of fertility struggles changed the essence of being a mom or a parent. No level of success in my professional life was going to change my feelings for sacrificing family time. No distance in running was going to make all the hard stuff go away. I love my husband and value our relationship. Running and exercise both keep me sane. Spending time with friends fills my cup. However, I also came to terms that regardless of my journey in becoming a mom, I was still warranted to feel the same “mom feels” during these trying times. At the end of the day, we are moms – parents – and it’s hard. There is no recipe book. No step-by-step instructions. Only trial and error, and try again. We’re not failing, we’re learning.

Moms, parents, give yourself grace. I have battled the mom guilt long enough and if you’re like me, you have as well. No matter the way you became a parent or the length of time it took, whether you work from home or the office, have a tribe to help or are a single parent, parenting is hard. We all deserve a break from time to time. Mom guilt does not serve you. The end. If you can take one thing from this piece, please take that. I’ll say it again for those in the back; mom guilt does not serve you, and you’re not failing!

My advice: focus on being intentional, prioritize and give yourself grace. Is it perfect? No. I would be lying if I said I didn’t have to remind myself of this daily. Some days, we just do the best we can do and then we try again tomorrow.

My advice is basic but if you have any other tips or advice on how you keep the guilt from creeping in, please share!

We could all use a little encouragement and support; that’s what we are here for! 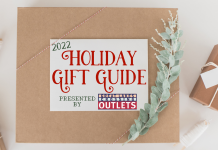 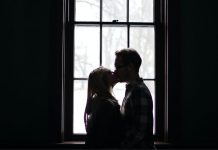